The Inca Trail in Argentina

This is a tour that allows to travel around an area of almost 1500 kilometres, which mostly coincides with the Inca Trail in Argentina, from the province of Salta, in the North, to the province of Mendoza, or vice versa.
The entrance of the Incas to the present Argentine territory took place during the mid XV Century. It began through the north-west, roughly reaching in its southernmost extreme the territory of Mendoza. In the first stages, this expansion did not seem to have as its main goal defined economic or strategic interests, but a group of corporate motivations of the dominant sectors of the society of Cuzco. This occupation lasted less than a Century according to the accepted chronology. However, during this short period, the socio cultural mark of the Inca Empire was significant. Some of these legacies include: the language, Quechua set in many regions of the Argentine north-west; a ceramic with an excellent imprint and fine finish; the use of copper tin bronze in the Andean region; and the innovative systems of cultivation and hunting, among many other traditions.
“The Inca Trail in Argentina” is a tour that visits the main milestones of the Pre-Hispanic cultures and invites the visitors to submerge in the history of its indigenous peoples: Incas, Diaguitas and Quilmes.
It is a tour of a few days that is carried out in short stretches, travelling during the day through route 40, a low density route, with small and typical towns, among stunning landscapes of mountains and valleys.
It will allow us to discover regional art and at the same time taste the delights of its native cuisine.
You will be able to observe the bird fauna of the region, and also big mountains and valleys, which are nurtured by meltwater rivers, and which are true oases in the dessert.
Those who have the courage can get their adrenaline working with a touch of adventure, practicing white water rafting, trekking, and horseback riding.
These are some of the Touristic, archeological, historic, and paleontological attractions that can be enjoyed while travelling through ROUTE 40, through the centre-north region crossing 7 Argentinean provinces:
JUJUY: Quebrada de Humahuaca, Purmamarca and Tilcara with striking indigenous ruins. Quebrada de Humahuaca is a cultural itinerary of ten thousand years that still keeps today religious beliefs, rites, celebrations, art, music, and agricultural techniques that represent a living heritage, declared World Heritage by UNESCO.
SALTA: tour through the historical town and the Calchaquí Valleys. Cafayatehas a favorable microclimate for vine plantations, and for making exquisite wines. You can visit some wineries and do some wine tastings.
Ride the spectacular train to the clouds, which runs parallel to the railway to Quebrada del Toro, looking at the Del Toro viaduct, and the Alisal and Chorrillos zigzags.
Tour to the historical city of Santa Rosa de Tastil, its ruins, and its archeological museum. Abra blanca (4080 metres a.s.l.), San Antonio de los Cobres, and Viaducto la Polvorilla. The panoramic view allows looking at the great railway engineering work that is part of the “Tren a las Nubes” (Train to the Clouds).
TUCUMÁN: Quilmes Ruins: this region, which used to house an enormous amount of indigenous population (the Quilmes indigenous, an ethnic part of the Diaguitas), is considered the largest Pre-Hispanic human settlement in Argentina.
Here you can visit La Fortaleza, its restored ruins, and its museum (Museo de la Pachamama), which are the recollections of this wealthy culture. For 130 years Quilmes resisted on these grounds the Spanish invasion.
As regards handicrafts we can find: carved stones, wood, pennyroyal basketwork. What is more, jam, syrup, charqui, and aloja are also handmade.
CATAMARCA: Shincal de Quimivil: it is a monumental archeological park built and inhabited by the Incas from 1470 to 1536, following the urban planning from Cuzco. It has over a hundred premises grouped in monumental buildings.
LA RIOJA: Cuesta de Miranda: spectacular journey between reddish mountains and hills, cacti, and precipices.
Chilecito: it offers different options for rural, wine, cultural, religious, mine and adventure tourism. A cable car (and its stations) stands out in Chilecito. It was used to transport gold from the mine La Mexicana.
Cañón de Talampaya: it dates back to the Primary Era, mid Triassic Period (230 million years). It is a National Park with a surface of 215000 hectares. Its main attractions are cliffs and the great variety of fantastic forms.
SAN JUAN: Provincial Park Ischigualasto: (Valle de la Luna) it was declared World Heritage, it is an important paleontological site consisting of 62916 hectares. In it there are remains of vertebrates of the type of Rhynchosaurs, Dicynodonts, and Thecodonts.
Rodeo: native flora and fauna of the region which gathers rivers, streams, lakes, hot springs and valleys.
MENDOZA: Puente Natural del Inca: trip around the highest mountain of the West with clear remains of the Southernmost extreme of the Inca Trail. Aconcagua, Tupungato and border with Chile.
The Wine Route: Mendoza is one of the 9 Great Wine Capitals of the world.
GATRONOMY. The tour offers tasting of some typical food of each region in the itinerary, always accompanied by wines from the region.
In Mendoza:  empanadas (type of meat pastry) from Mendoza, beef meat asado (Argentine barbeque), chorizos (type of pork sausage), and black puddings with 5 types of wine.
In Rodeo: trout and Chardonnay from San Juan.
In Chilecito: chivito (young goat) and red wine from La Rioja.
In Quilmes: empanadas from Tucumán or tamale with locro (type of stew) and a varietal wine.
In Cafayate: roasted cabrito (goat kid) with torrontés or red wine.
In Purmamarca: tamales and asado with red wine.
In Salta: llama meat with Cabernet from Salta. 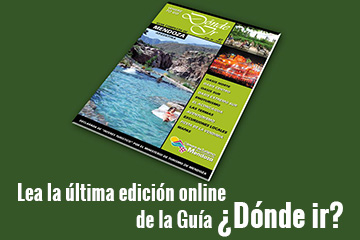